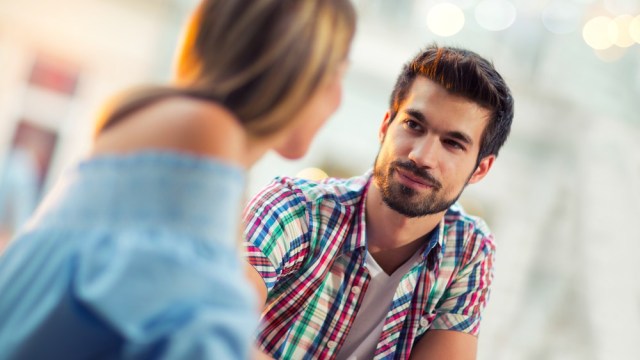 At age 8, or probably it was an age 9, I do not recall pretty much. But whether it was an eight or a nine, a plus or a minus 1, it doesn’t matter the figure. I was young and naive – ought to have been facing my books, and going to school, exactly what Dad and Mum paid heavily for me to do. But, you know how they quote these things:

“There are so many other things I should be doing with my life right now, but instead, I am stuck here crushing on you”.

I was just early into my Primary Three class when they had not only done me good to promote me to a new class, but also gave me a handsome-looking teacher. Just so you don’t think too much about how handsome he was (he is probably a married man now, and long off the market), I’ll do you a quick honour and tell you all the reasons why I just couldn’t help crushing. If you were in my class, I think you’ll also be sharing this story.

His name was Mr. Godwin, but we fondly called him: Uncle Goddy. The few times I stole a look at him, I usually noticed how really tall he stood – something near 9 feet. He had this well-trimmed beards (something I am just beginning to like now in guys), and he used to speak very fluently. (As a matter of fact, I went to a very outstanding private school – Monef Kiddies School. We prided in how we spoke English very well and all the extra-curricular activities we had in our school. Kudos to our teachers, especially to people like Uncle Goddy!). He was one among the many who spoke this American, mixed with British-accent English that I liked so much.

Uncle Goddy must have had a smile manufacturing machine in his house. He always wore the best kinds of smile attire every day to school. I am telling you about a sort of encouraging smile that makes you melt in your skin, while at the same time telling you: “you are beautiful.”

Not to mention his perfumes? Hmm! You’ll ask for a hug every time you met him..

Just to be clear, I wasn’t a bad girl at eight, I am still not a bad girl either! Lol. All these descriptions of Uncle Goddy are just finding its way to my head now, and just because I am telling you a story. Duh!

Well yeah, I agree that I am thinking of him then, and how handsome he was. Anyway, when you like someone, this is how to spend time describing them. So, you are allowed to take some clues from this lesson here, but just remember to give me the credit that I taught you how to do so! *Tongues out*

So, Uncle Goddy was handsome! He was like Van Vicker in the 2004 movie: “Beyonce: The President’s Daughter”, where he acted as Raj. (Did you watch that movie? Well, I did).

What was Uncle Goddy even thinking that he had to be fond of everyone? Showing attention to ALL the girls when I was right there, trying to make him notice how much I liked him at that age? What was all that chirping about? Was he that blind not to see?

I wanted all of that attention to myself alone, and I was going to get it! Lol! (Yeah, I know what you are thinking, and you can think it right away!)

One day, amid all these love wars going on inside of me, I thought it was better to write Uncle Goddy a letter. He was taking too long to notice me and I had not all the patience to wait. So I jumped on my idea, and it didn’t cost me anything to birth the idea.

Well, my letter was not so deep. I know you are curious about the content, right? Don’t worry, hold your peace, the story isn’t ending anytime soon.

That day, after I got home from school, I went about my normal life. I was not in a hurry to write my letter as I did not want to get it in the way of everyone in my house. They were busy minding their business, and I was going to mind mine too.

After I had done all my homework, obviously, I went to work as I proposed in my heart to do. I wrote my letter that night. I can’t recall the exact time I did. But I am certain It must have been late into the night. I wouldn’t have stood my mum asking me what I was writing, and maybe walked over to see it for herself just in case it was homework that I would have needed guidance on.

I’ll be in Heaven right now probably telling God the story and not you. So, thank God she didn’t!

In my letter, I did not hold back on telling Uncle Goddy how I liked him and wanted to visit him at his house, while he’ll welcome me to well-prepared fried rice and chicken.

Such apt imaginations for an eight-year-old!

When I had scribbled a satisfactory letter, and all the other things I wrote that I cannot recall right now, I slept off like a baby. I spent my dreams imagining what the expression on my Uncle Goddy’s face would be like when he saw my letter. I was happy that finally, he was going to know how much I needed ALL of his attention to myself.

To our happy ever after, cheers!

The next day didn’t even delay to break. It started as a happy school day. I went about my morning routine as I should, did all my home chores, and then went on to have my bath and get prepared for school.

The girl was an actress indeed!

Then it was time for breakfast. So I wore my under-garments and went downstairs. It was customary for us to always put on our school uniforms after we were done with our breakfast so we won’t spill food on it while eating.

I took my letter with me for breakfast. I do not know why I did not think of placing it in my school bag. I guess it was anxiety telling me I would deliver it immediately I arrive at school. So I carried it all about the place, carefully hidden in my left palm. I was also not hoping to forget it at home, neither did I want anyone to know about my motive. So it was safer with me. I folded it to my palm-size, then sat down to enjoy my breakfast.

I had not even gotten halfway into my sumptuous meal when I became uncomfortable with having to eat with one hand, while my letter was in the other hand. At some time, I needed to hold my plate with my left hand so I could scoop a spoonful of my food with my right hand. So I had to tuck my letter somewhere just so I don’t get it exposed. Under my laps came quickly to my mind. It was perfect to keep my letter hidden. On the chair I sat, I slipped my letter under my laps, then continued with my meal.

A girl was just eight, don’t judge her for how smart she was. Lol!

I bet it was one of my quickest breakfast. After I had finished eating, I stood up and went to the kitchen to drop my plates in the sink. Then I walked over to get my uniform. I was too excited that the time was getting nearer.

I was just about to reach out to my uniform that hung on the rail, when my brain froze!

“Where is your letter?” My brain demanded.

“Where is my letter…”

“I forgot my letter! I forgot to take it from the chair I sat!” My heart panicked.

“You were not supposed to leave it!” My brain scolded.

In the dining room, there was this cushion that sat right behind the children’s dining table. It was dad’s favourite chair in the dining room. Most times, when we sat down to eat, Dad was always right there beside us, watching as we ate. On other days, when our hands were lazy, Dad would sit on it and feed us. This morning, Dad was not seated on the cushion, but my brother was. All the while, he had been sitting right there, minding his business, and maybe stealing some looks at me as I ate.

When I stood up from my chair, I betrayed my letter! I left it on the seat innocently. While my mind was busy questioning me, my eyes had gone in search of my letter. I was curious as to whether it fell on the floor. But I wanted to really act cool about it as my brother was fixing a stare at me. It was after I wore my uniform, that I turned to the surprise of my brother reading out my letter, aloud!

Are you still waiting to know what happened? Nahhhh! You should know me by now, I don’t tell the end. Lol!

Well, don’t ask me what happened to my life! But I will share with you two lessons from my story:

My letter never made it to the gram, not to talk of Uncle Goddy, and my mother reset my brain! Thanks to my brother!

But guess what? Three years later, after that incident, I had become a big girl, a secondary school student for that matter. One day, while on this busy road trying to cross over to the other side, my eyes caught someone familiar. I was trying to run an errand for whoever sent me, but I became distracted at the sight of whom I saw.

Guess who it was? Lol! You know it!

But Mmenyene of that day was no longer interested! The crush had died a natural death.
“I am fine Sir. School is fine. Please I am trying to rush home, I have an errand to attend to. Bye, Sir.” That is all I recall I said.

Ouch! She was not trying to be mean. The brain reset from mum must have formatted the crush too! Lol!

My dear, just so you know, crushes die too, whether it was your first or the last! Crushes die! So take heart! If it is not Love, it is infatuation or lust! Not all of them make it to a “happy ever after”.

THE END THE END

Did you enjoy my story? What was your first crush story like? Did it end in something similar to mine? Please leave me a comment, let us have fun reminiscing. I promise not to laugh too hard at your story. Lol!