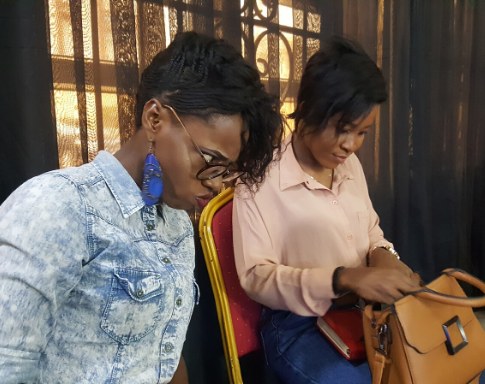 Abeg, make una follow me see this matter. How you take judge am?
I wan yan una tori as this matter strong pass me!

PS: If you read this and you are not guilty, I have a gift for you!

Many people have not made it in life yet because of this problem.

You know say me I be Story Teller, so I wee sha gist you. So, see as the thing happen, make una follow me judge am…

Last year, I wanted to put up a long overdue post. If you follow my articles on my blog, you’ll know that I always gift the best review of my article with a recharge card.

By the way, the winner of the N3,000 recharge card for best review of the last article I published has not been announced yet. (The Two Sides of the Abuse Coin. You can read it here:https://mmenyeneakpakpan.com/abuse-has-two-sides-to-it-defense-or-attack/). Although we have a winner, so look out for it.

So, whenever my article is about to go public, I usually do it with the recharge card gift in my post. But guess what? I WAS BROKE!
If you like let ya eye come out from the socket, e concern you. When you are broke admit it!

As I was saying, I needed that post to go out, and it is my custom to always gift someone a recharge card. So, I was writing the post for my Instagram timeline when my sister saw me. She looked closely and saw me writing, “N3,000 for the best…” She was alarmed. She laughed sarcastically, and I knew why. She knew that I was broke that period, and perhaps, she was wondering where I’ll get the cash from. She walked over to a friend and whispered in his ears, who also laughed too.

I was pained, whether it was the laugh they generously offered me, or it was the fact that she knew I was broke, I can’t tell what exactly was my pain. In my mind I thought, “Ohh because say you know my condition naa” Well, if you know my sister too, you’ll also know she’s the Master of Sarcasm, coupled with her thunderous laughter. If you like take her seriously, she no send you!

You see your roommate putting N2,000 as offering in church, you seat there calculating, “no be she just soak garri this morning?” “No be him ask person make them borrow him N50?” What is your concern sef? You cannot just act say you no know?

I had a friend who used to assume that he knew all of my wardrobe, whereas he had not even seen 2.5% of it. He had visited me often, so he knew to his own knowledge. Whenever he saw me wearing an outfit he had never seen, he’ll quickly comment; “Ohh, I have never seen this one”. Or perhaps he saw a shoe he had never seen, he’ll be like; “Ohh, you just bought a new shoe”. Meanwhile that shoe had been in my house for more than 6 months. My response has always been “I have clothing that are more than 365 days of a year” 😒
It’s not sarcasm, neither is it pride biko!

Please, that nonsense should stop! Let people make it in life! Let them be their selves whether in the social media space or wherever you see them. Stop embarrassing people’s destinies. If someone is broke today, don’t assume that is their permanent state. “No one knows tomorrow”, abi no be wetin dem dey talk be that?

That is how gossip starts and spreads. Funnily, the things we assume we know about people is the one we talk the more. Shut up! Who asked you? Even if you were ask, and so? Must you say it? Was a gun put to your head?
Leave people to live their lives!

I recall a time in secondary school, I got into an argument with a friend. Just see the silly matter – the friend assumed she knew my house because she had once passed by a bus stop closest to it. In the argument, she said I was living in a bush. I was trying to make a defense of how she had never even been to my street, talk more of my house. In the heat of the argument, two other friends who had been to my house severally, came to my rescue.
“Have you seen her house, don’t even go there oo?” That was how they responded in my favour, and thank goodness they did, because the other girl sucked up whatever she was trying to say.

You have a neighbour who carries his children on bike abi na okada to school. Then you see him posting a picture of himself driving a Toyota Camry on his Facebook page. That is the time your village ancestors will whisper in your left ear to go and comment on his post. Then, you won’t even think twice, you’ll quickly type a comment! Why didn’t your village ancestors not tell you to type a nice comment? You will just spritz out whatever nonsense that is in your head.
Why are you like this? Ehn! answer me! Over familiarity right?
Then, you’ll shock yourself the next morning when you look from your ‘aproko balcony’, only to see your neighbour actually riding his children in that same Toyota Camry to school. Shebi you will not mind your business? Just like that girl, you too will suck it up!

In other news, I am not encouraging people who live double lives. Ehen! I know someone has been thinking all the while: “What about people who you know them so well in reality, but what they put out on their social media is different”
I have cleared the air abi? Whatever you know about people, keep it to yourself, don’t be in that “spread-the-tale-campaign“

Okay, back to my story. After I felt bad, I still posted my post! 😂 I dinnor say because my sister has laughed I wee not make it. I made it, and many comments came in, and I have selected my winner!
Ejo fi mi le! 😂
Afterall, when Sarah laughed, it still didn’t stop God from doing what he wanted to do.
Meanwhile, I am not broke again 😁

Familiarity is an eye Thief; it ruptures your eyes out of its socket, and makes you blind even to the good in people. Mmenyene-Abasi Akpakpan

In summary, please no see anybody finish for this life! You fit see them with one eye, then close the other eye and your mouth too! So that tomorrow, when your two eyes are open, you shall see them better.

I hope you enjoyed my story, and I hope you will repent? Oya, what have you learnt? Please leave your comments, and your experiences too, I am open to hear them!